Please note, any bespoke order placed after the 10th of August, will be delivered till September. Feel free to contact us for further information. 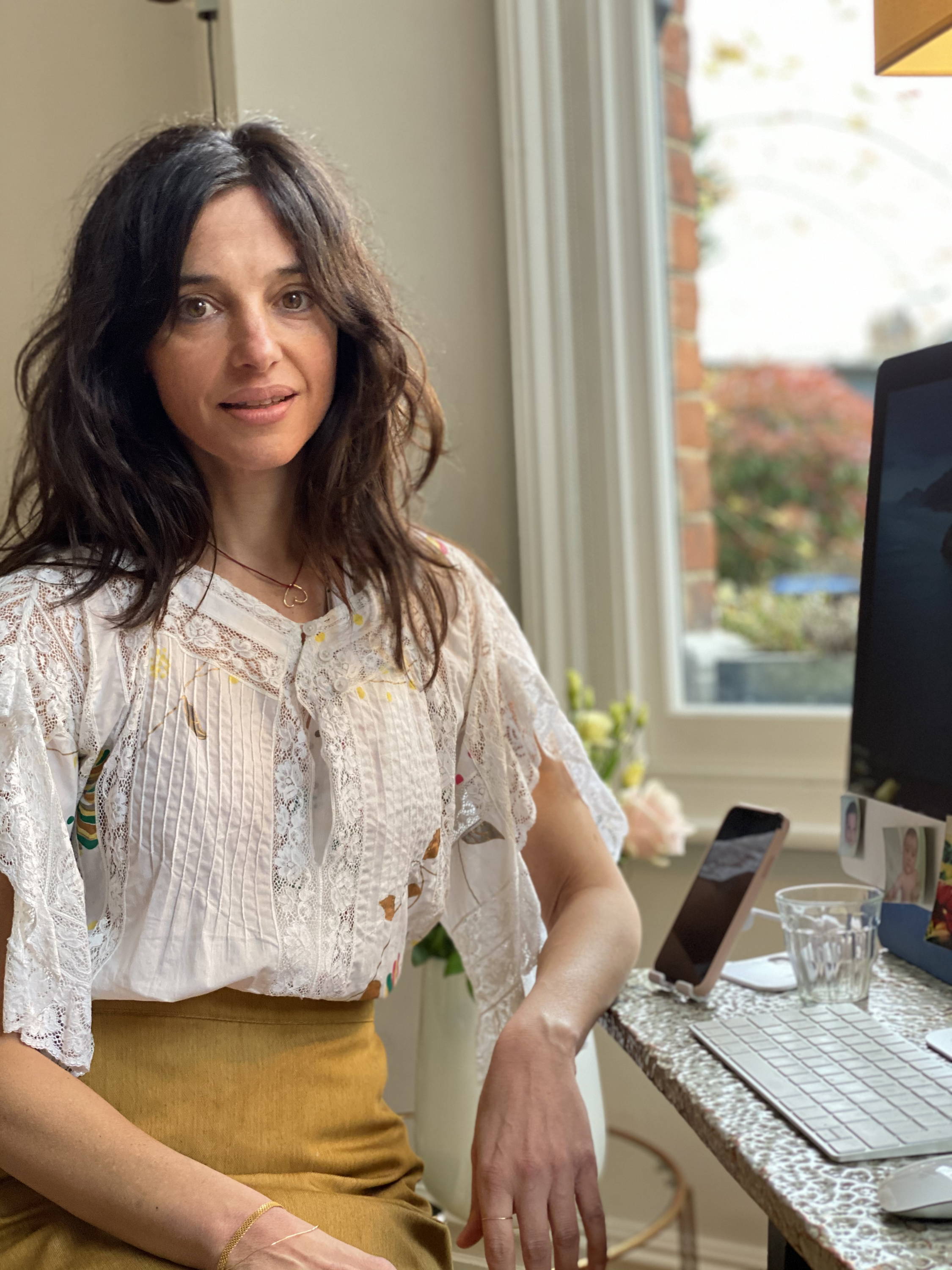 In 2009, in a bustling Golborne road home something began surfacing that was to become Soler. Alex began designing a small collection of one off pieces with a bespoke concept.

Friends would gather around her living room to choose fabric samples and styles that would then be made for only them. The location of her home served as inspiration for both designer and customers as they walked through the portobello vintage traders and eclectic mix of cultures absorbing the bohemian lifestyle. An atelier was born.

As Alex and Soler grew, so did her concept of unique and bespoke. Alex’s sister, artist Monica Subide, began to treat panels of fabric as her canvas and together they created wearable pieces of art. Monica’s hand became an integral part of the Soler style, creating the brand’s prints from her dynamic paintings and marrying them with Alex’s relaxed yet sophisticated silhouettes.

Soler settled into it’s current atelier off of Portobello and Golborne road and over time grew it’s popularity. Women started responding to Alex’s ethos of ignoring trends and instead focusing on special pieces that are both distinctive and timeless at the same time. Stemming from a love of vintage, she believes in well crafted pieces that you will cherish and wear over and over again. This reputation and her travels around the world gained her international recognition and celebrity following. Now expanding ever further, for two years Soler is found in select boutiques and department stores scattered across the continents.